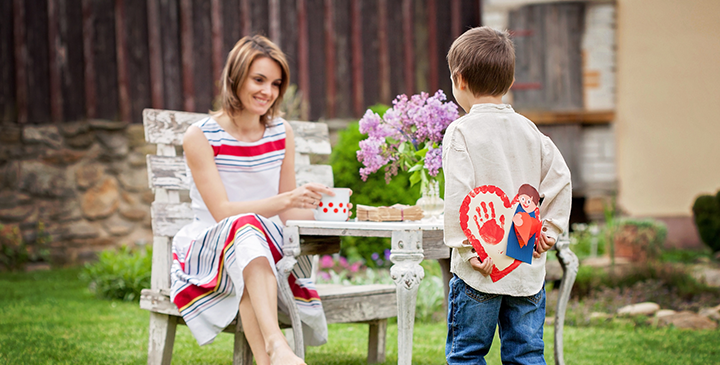 My kids are too young to grasp the concept of paying for things for themselves. But that’s fine with them because my oldest son, Ethan, figures that’s why I go to work.

“Are you going to work to get more money, Dad?” he asks, as I head to the office every day.

Forget explaining about money not growing on trees, I have to contend with my son’s fantasy that I leave the house for eight hours to be handed bundles of cash simply for showing up. There’s actually quite a lot of work involved to get that money.

“Maybe you should go to work so we can buy some toys today,” Ethan mentioned one morning, after I told him I wasn’t working because it was Saturday.

“We use our money for more things than toys,” I said.

“Well, our house costs a lot of money,” I said, stopping myself at that, knowing a discussion about mortgages and interest rates was far more complicated than we needed.

“What else?” he inevitably asked.

“Food, clothes, the lawnmower, light bulbs. Just about everything.”

“What about stuff for Mommy?”

“Yes, stuff for Mommy. There is even a day coming up you can give her a special present.”

“Is it tomorrow?” One thing I know as a parent is that once the questions start, it’s a runaway train before they stop.

“It’s not tomorrow, but it is coming soon.”

“Can Dads and little brothers be at our house when it’s Mother’s Day?” he asked. I wasn’t sure if he was hoping his brother, Jonah, and I would be celebrating with him, or he could ditch us and have his Mommy to himself.

“Yes, we can all be there, to show Mommy how much we love her.”

“I don’t think we even need Mother’s Day,” he said.

What! – Not a question. Could I be nearing the end of the interrogation so soon?

“Why don’t you think we need it?” Now it was my turn to probe.

“Because every day is Mother’s Day.”

Don’t let your Mommy hear you say that, I was thinking, but managed to keep to myself. I have also learned that three-yearolds are primed to repeat things you don’t want them to.

He wasn’t finished though, “Every day I show Mommy that I love her, because I know that I made my Mommy a Mommy.”

Well, that made it sound a whole lot better. If I were to say the same thing it would sound ungrateful or insensitive. How is it that a three-year-old can be smarter than me sometimes? And I remember my wife saying to him that she was a Mommy because he was her first baby, so he must have taken that to heart.

After this quick financial lesson, I handed Ethan five loonies. I intended to take him to the Downtown Chatham Centre to do some shopping. As a man I’m not into shopping, but as a dad I will be in the role of shopping advisor and money provider to ensure my wife has a steady supply of gifts from her boys.

“Sometimes I put money like this in my piggy bank,” he said, “but I’ll put these in my pocket to buy Mommy’s present.”

On our drive to the mall, he said, “Maybe I can buy Mommy a toy that is just for her.”

After a few seconds of consideration, he added, “Or maybe a toy she can share with me.”

With this idea, our first stop was Ella Minnow Pea Toy Store. Seeing all the toys on display to try out – the mini kitchen with plastic food, the workshop with miniature tools, the fake volcano surrounded by dinosaurs – he seemed to forget we were shopping. I let him play while I scanned the store for something that might realistically be appropriate for a Mother’s Day gift.

“We should buy something for Mommy now,” he announced. “But not here.”

Apparently his mission wasn’t forgotten, but he hadn’t browsed much, so he clearly duped me into the toy store for some playtime before the real work.

I was steering him toward a handful of stores, so he didn’t have the run of the mall and wander into a lingerie or jewelry store. The Coles bookstore would be acceptable, but there was a chance my credit card would make an appearance to top up any purchases that didn’t fall within his limit. The Laura Secord candy shop would work, but we would both be distracted by the ice cream instead of shopping. I was hoping for Dollarama to stretch the value of his loonies.

“How about that Dollarama?” I asked.

“Can we go down those moving stairs?” he replied, pointing to the escalator.

I nodded, knowing he will pick Dollarama for the fun factor of using the escalator.

With shelves lined with everything imaginable in this Dollarama, he managed to pick a bag of Swedish berries (he’s seen them around enough to know they are a favourite snack).

“This is nice,” he said about the next item on his radar. “Mommy loves flowers.”

Flowers are good, I thought, even though they were plastic.

He looked pensively at the fake bouquets in his hand.

“The green one,” he said. “I like green and Mommy likes green and this is a present from me to her.”

This made perfect sense; I probably need to learn a few things about shopping from my son before buying my next anniversary gift.

“Do you know what this money is worth?” the store clerk asked as Ethan handed up his coins.

That wasn’t something I had considered teaching him. I knew the dollar value of the gift would not make it elaborate, but it would be significant for being hand-picked by a little man who was well aware that he had made his Mommy a Mommy, and smart enough to think that every day can be Mother’s Day.

Does Coffee Come in Bucket Size? Tank Tops Just Get Me