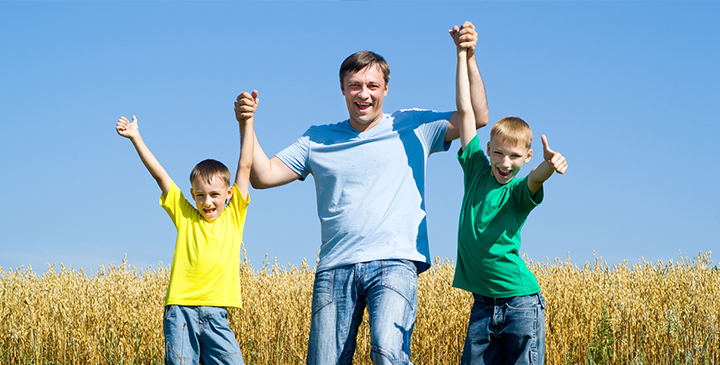 Even going on a simple family jaunt around town with toddlers requires a lot of planning and packing. No matter if the destination is a quick trip to the grocery store, a few hours at a restaurant, or an afternoon play date with friends, there is always a lot of stuff to bring along. When planning a day-long activity, multiply the number of stuff by ten. One constant accessory, which I have to admit doesn’t really bother me, is the diaper bag. Questions about my manliness have always overshadowed the practicalities of carrying a satchel that could be mistaken for a purse, but in the early stages of parenthood, lugging around all those diapers for the un-potty trained, I found that I had a perfect cover-up to carry my own stuff.

When registering for our baby shower, I kept my eyes peeled for somewhat of a manly style bag with darker tones and a sporty look to it – a Columbia brand seemed to fit the bill. It’s been suiting its purpose well for over four years now and comes with us everywhere. The back pocket becomes the depository for adult stuff, like cell phones, sunglasses, lip gloss, and wallets, while the rest is overflowing with diapers, wipes, soothers, sippy cups, and goldfish crackers.

During the days before potty training, the phrase “We’re out of diapers” was not good news around our house. When either my wife or I uttered this statement, it meant that one of us would be making an emergency trip to the grocery store to pick up a box of diapers. We had run out of the ones we had been stockpiling since the last sale and hadn’t been proactive enough to see it coming. This often happened with my wife standing by the change table, one arm akimbo on her hip, the other holding a solitary diaper up near her face which had a familiar expression meaning one thing – “This is the last one.”

“We’re out of diapers,” I would spit out before she could. Grocery store here I come.

And then came the day. Or I should say THE DAY! It was a glorious day that transformed these four words into having a whole new meaning. With the simple added visual effect of an exclamation point and a bit more emphasis on the word “out,” this phrase became a celebration.

It didn’t mean we had run out this time. It meant both of our little boys would not be in the habit of wearing them anymore. This came after a three-day, trial-by-fire exercise to get our two and-a-half year old, Jonah, potty trained once and for all. And it worked. With our youngest nearing the end of his diaperwearing days (and with no other babies in our future), we were approaching a momentous occasion in parenting and I had to ask myself if I could still get away with carrying around my cover-up for a purse. Diapers were out of our lives. But would that mean my prized diaper bag was out too? As a constant accessory we’d been taking around town for so many excursions, what were we to do if we didn’t require it any more for its eponymous purpose? Could I pull it off without diapers in it?

There have been times when we forgot to throw the diaper bag in the car when we needed a spare diaper most of all, punctuating just how important it is to always have it handy to avoid embarrassment in public. I used this rationale to support keeping it with us. Since Jonah is in the early stages of being diaper-free, I convinced myself that an emergency change of clothes should be on hand for a while; unexpectedly messy clothes could be in our future. Plus, I could rationalize that my kids needed to be entertained whenever we leave the house, so I could justify keeping the diaper bag to fill with toys and books. I think these are a few valid reasons for me to hold on to the diaper bag a while longer to carry my stuff. So if you see a middle-aged man around town with a bag slung over his shoulder with two boys who appear to be beyond potty-trained ages, don’t judge me. I’m just having trouble letting go of the diaper bag.

Does Coffee Come in Bucket Size? Takes One to Know One