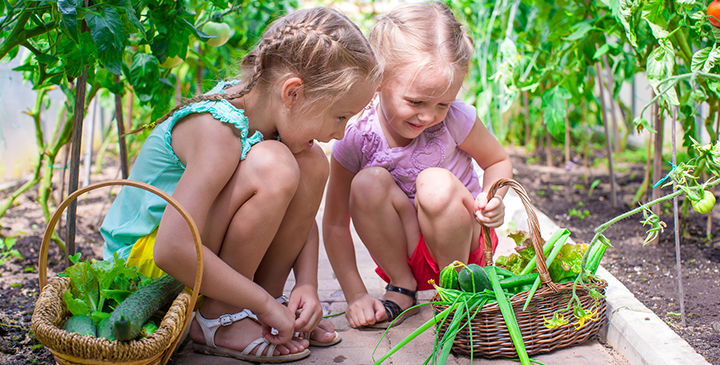 One of my trips around town this summer was to Kate Korpan’s Grade 3 class at Tecumseh school which hosted an incoming food education program. Growing Chefs! Ontario, a non-profit organization founded by Andrew Fleet in London in 2008, made its first stop in Chatham-Kent for a 4-module program to teach this group of 8-year-olds about nutrition, farming, and cooking. Andrew has worked in the restaurant business as cook and manager, and now puts his efforts full-time into Growing Chefs! by sharing his kitchen skills with hundreds of children.

Part of the Growing Chefs! agenda is to unite chefs and farmers to promote local and healthy eating. One local farmer, Paul Spence from Lo Maximo Meats near McKay’s Corners, teamed up with Andrew to bring his experience into the classroom and help students make the connection that food is grown right in our own community. It was through Paul’s effort, in fact, that the program came to Chatham-Kent. Growing Chefs! requires a sponsor to fund a specific classroom session to supply seeds, plants, and food. In the summer of 2012, Paul organized Chatham-Kent Table showcasing local farmers’ products through an elaborate outdoor dinner party; all proceeds went to Growing Chefs! to make the Tecumseh school visit possible. A similar Chatham-Kent Table event will be occurring September 21st of this year to further sponsor Growing Chefs! to make a return visit to our area.

My four-year-old, Ethan, and I were allowed to partake in one of the sessions. My wife and I have been taking our children to local farms for eggs, meat, and vegetables, including Paul’s farm, and Ethan has seen chickens that lay the eggs and fields that grow the vegetables. He could now get some professional instruction on putting those foods into action. It is the interactive nature of the course that sticks with the kids – getting their hands in the gardening dirt, the prepping of restaurant-style food, putting vegetable remnants in a compost bucket.

The Growing Chefs! curriculum focuses on themed projects and we were attending the fourth lesson in the Classroom Gardening Project. Each session has a lesson plan developed by teachers and chefs who dissected the Ontario school board curriculum to fit food and cooking into subjects like science, math, history, and geography.

As Andrew informed me, “You can teach anything with food.” The previous session taught the science (mixing oils and acids) and the math (ingredient ratios) of making salad dressing.

“Did anyone try making salad dressing after our last class?”Andrew asked.

More than half of the students shot their hands in the air. One girl had brought in her own handwritten recipe she concocted at home. Andrew read it aloud, impressed that it had the correct combinations of oil, acid, and sweet. Here was evidence that as energetic as they were about having something new in the classroom, it was being carried over to the home.

“Healthy food has a stigma,” Andrew said, “with a certain level of anxiety and even mystery around it.” Understanding that taste buds are different in each of us can resolve some of that mystery and inspire kids to try new things. One way to alleviate the stigma is not by hiding vegetables in brownies or smoothies, but rather making them the star attraction on the plate.

Previous lessons included planting their own container gardens and being introduced to unique vegetable they’ve never seen before, like celery root or garlic scapes. This lesson started with the students gathering green beans, lettuce, and peas from the gardens they planted over a month ago. These were then used in a cooking segment where Andrew teaches practical stuff, like how consistency in cutting vegetables is important so they cook evenly in a stir fry.

“All of us are working as a team,” he beamed, passing it on to the boy next to him.

Once the salad was made and the stir-fry finished cooking, the students had a quick lesson in dining etiquette – they gathered their plates and cutlery, setting them at the community table, and were taught to wait until all food was served before digging in.

There seemed to be very little aversion to being served an allveggie meal they had helped grow, prepare, and cook. Only two students decided not to try. Andrew says it is normal for one or two per class that stand their ground; a few others that are apprehensive usually end up saying it is very good.

“Kids want to like healthy food and know about healthy food in theory, but don’t know how to enjoy it because of a lack of exposure,” Andrew said. To carry over this classroom exposure, the recipes introduced in the four classes are provided in a personal recipe book for each student to take home to continue their education in their own family kitchens.

Growing Chefs! provides education for the entire food spectrum, from kitchen hygiene to recipe math to food prep to table manners. It’s not a coincidence (although it was a surprising outcome) that at dinner that same night, Ethan had the best table manners he’s had in a long while. It may not last for an extended time, although I hope it never ends, but he did learn things. When his mother asked how the time spent at the school was, he replied, “I learned to eat and cook and taste, and I’ll have really good table manners. You know why I didn’t listen to you before? Because I didn’t go to that school yet and now I’ll have good manners every day.” Cooking class was good on many levels for him and for his mother and I as parents.

PURE Perspective: The Cost of Dance

Does Coffee Come in Bucket Size?