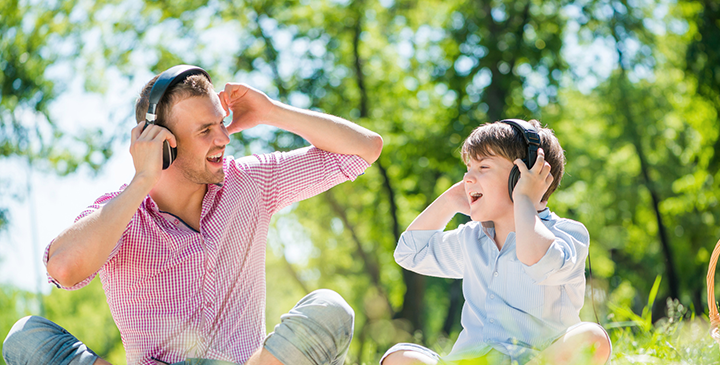 Some big name children’s entertainers came to Chatham’s Capitol Theatre in November. Big name, that is, if you’re like me and have spent way too much time with the Disney Junior channel on television (only between bouts of Treehouse, of course, while secretly wishing it was TSN or The Food Network). I’m happy to say these performers are real people, too; they aren’t puppets, or animated characters brought to life with costumes, or puffy purple dinosaurs. They are a four-man musical troupe – Rich, Dave, Scott, and Smitty – known as The Imagination Movers. They play instruments and sing upbeat songs, scattered between comedic skits that encourage children to solve problems by exercising their imaginations. Not that there’s anything wrong with these other forms of non-real entertainment, but as a father, I take personal satisfaction in seeing my children’s role models graduating to characters that are flesh and blood, after the last few years of admiring Elmo.

I feel as if I know The Imagination Movers intimately because I regularly perform along with them when ordered by my three-year-old son, Ethan, to play a fake guitar and gyrate around when a peppy tune called The Brainstorming Song is played each episode. With my son’s interest in these characters at a peak, and my wife’s confession that she finds herself tapping her toes to their songs, it seemed time to take Ethan to his first live musical performance. And it wasn’t going to be a U2 concert, like his mother hoped.

Going to the Capitol Theatre is usually a composed and refined evening of entertainment with folk performers, Christmas choirs, or ballets. But this event was quite different. The respectable setting of Chatham’s premiere musical venue has never seen so much chaos with confetti and streamers shooting out of cannons, giant balloons bouncing over the crowd, and smoke rings drumming out of giant garbage cans. The darkened theatre flickered with glow sticks and a special pair of flashy eyewear, called Wobble Goggles, that Scott is known for wearing on the show and were available at the concession stand. I’m pretty sure the theatre seats have never been jumped on by pint-sized theatre-goers as much as this show inspired. With kids prancing down the aisles, it was a combination rock concert, circus, and juvenile dance-a-thon.

More than I expected, it certainly felt like a rock concert. There was a lot of frenetic energy and noise in a confined space, along with instrument changes by a roving roadie and a Mohawk-sporting keyboard player. It wasn’t long after the first few rousing songs that a mosh pit of Munchkins had formed in front of the stage. The live show wasn’t so much about unravelling problems with their imaginations, as the television episodes are, but more a celebration of music with original songs catchy enough to get the parents bobbing their heads. They even threw in some modern pop songs for the adults to cling to, like I Gotta Feeling by The Black-Eyed Peas, all the while encouraging the young crowd to join in with their natural musical instruments – clapping of hands, stomping of feet, and singing along to the music.

The Imagination Movers bill themselves as rock musicians for children and they generated a response that sports fanatics exhibit at games to support their favourite players. Audience members were waving signs with phrases from the show, like “Let’s Brainstorm!” and “It’s an Idea Emergency!” Some die-hard fans wore miniature versions of the royal blue jumpsuits that The Imagination Movers always wear. There were several red ball caps worn backwards like Dave and straw cowboy hats to look like Smitty. To support this type of enthusiasm, The Imagination Movers often danced down the aisles themselves, giving high-fives to all their little fans. And speaking of dancing, they did something quite distinctive by requesting local children to act as back-up dancers for a portion of the show. At one point, six dance students from Pure Dance Academy joined them on stage. It was a unique twist to their show and exciting for the community to see local talent sporting the Pure logo on stage beside such a popular entertainment group.

Aside from the music, there was a message voiced by Rich near the end of the show about how they loved looking into the audience to see parents sharing this time with their children. He reminded us that giving children our time and attention is the most valuable gift we can offer them. And I knew he was right. My wife and I may have been enjoying the music on its own merit, but the fact that we were smiling the whole time had everything to do with watching Ethan jump around in his seat with the sheer delight of enjoying the music. We knew we took him to his first concert at the right age, and that it would be a memory that would last for a while, because the next day he said, “Remember when we saw The Imagination Movers and it wasn’t on TV. That was the best Imagination Movers ever.”

How I Stopped Hovering & Learned to Love the Playgroud